In March of 2005, Matt was laid off from a corporate banking job that he absolutely hated. Matt quickly founded M & E Painting with the last $100 he had to his name, all while being close to $200,000 in personal debt.

M & E Painting grew quickly, and has produced over $30 million dollars in revenue since 2005. Matt and M & E Painting have received dozens of local, state, national and international business awards. M & E Painting was named one of the Unites States Top Small Workplaces by Inc Magazine and Winning Workplaces in 2011, one of Colorado's Top 250 Private Companies by Colorado Biz Magazine in 2010, made the INC 5000 List (#1724) of Fastest Growing Companies in the United States in 2010, and received the Northern Colorado Better Business Bureau Torch Award for Business Ethics in 2017.

Matt was named one Colorado Biz Magazine's Top Five Most Influential Young Professionals (2010), one of 40 Under 40 Top Business Leaders by the Northern Colorado Business Report (2013), and received the Colorado State University (CSU) Gold Award being named Alumni of the Last Decade (2012).

Matt has been featured in publications such as INC Magazine, Entrepreneur Magazine, BBC, Fox Small Business, Huffington Post, US News and World Report, and EO Overdrive

Matt has founded 6 successful companies and grown them all from the ground up. All of these companies are being run by extraordinary people! These companies are M & E Painting, M & E Roofing Solutions, RiRy, Makers of The Pirate Patch Drywall Repair Tool, Northern Colorado Jiu Jitsu, M & E Real Estate Ventures and MattShoup.com

Along the way, Matt received his Brazilian jiu jitsu black belt, traveled the world, raised an amazing family, learned to perfect cooking Spanish paella, and has enjoyed pouring into the lives of innumerable entrepreneurs and small business leaders, all while always enjoying countless cups of Spanish coffee at Café Sevilla. 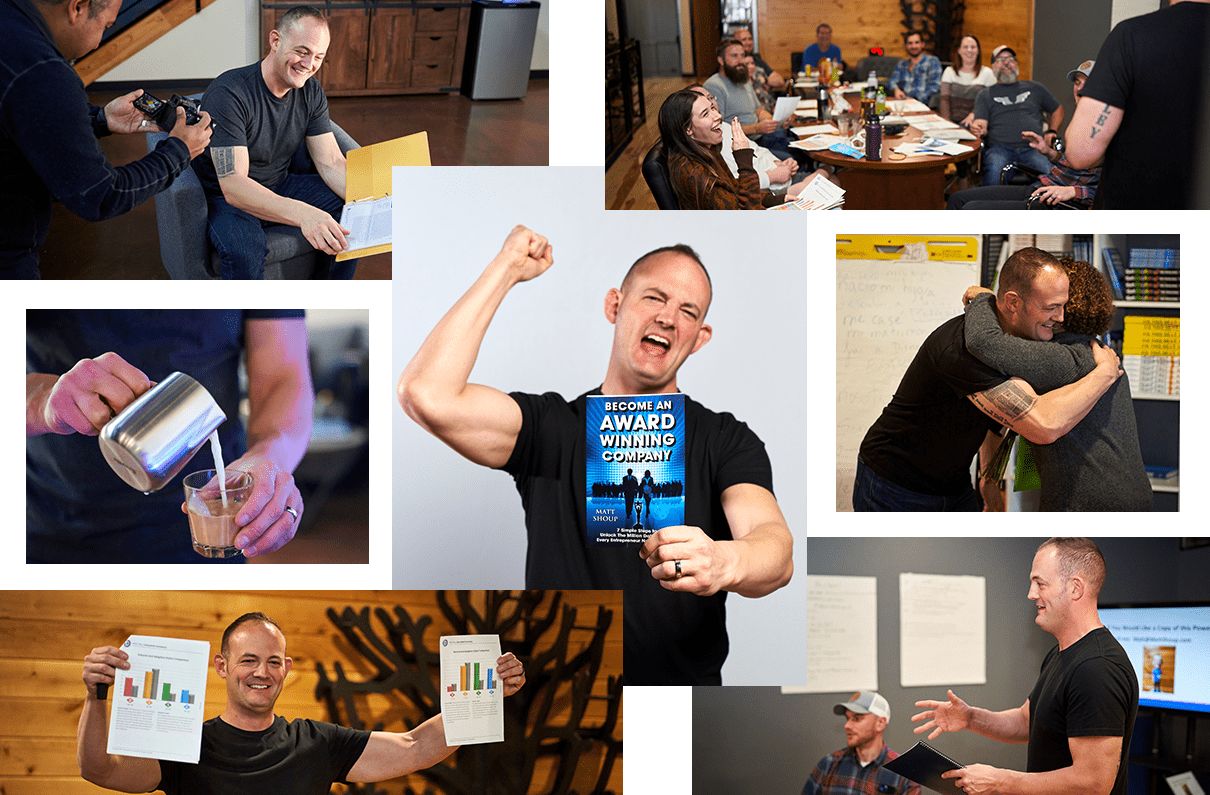 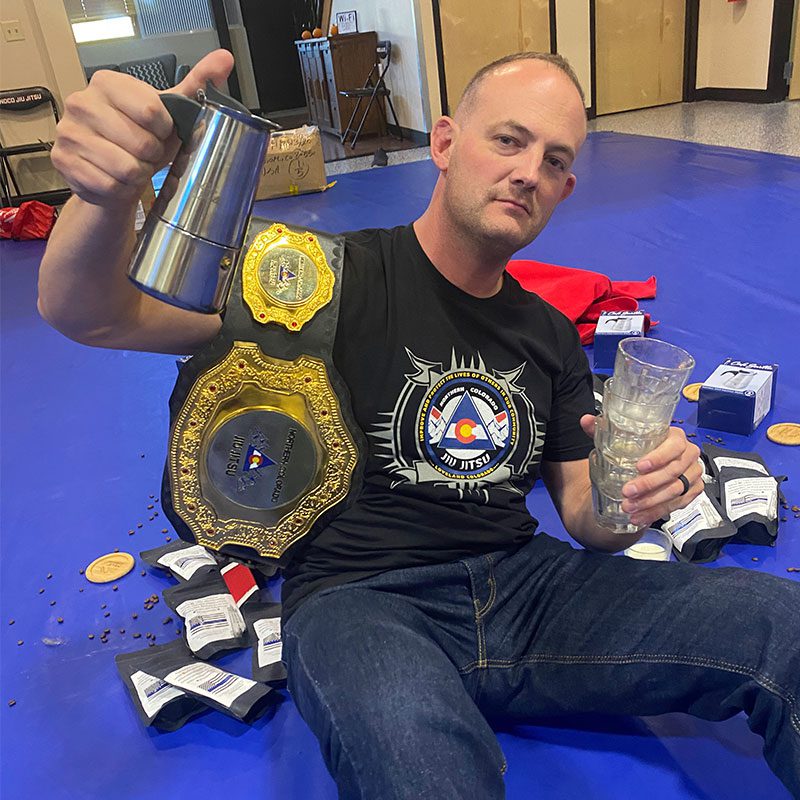 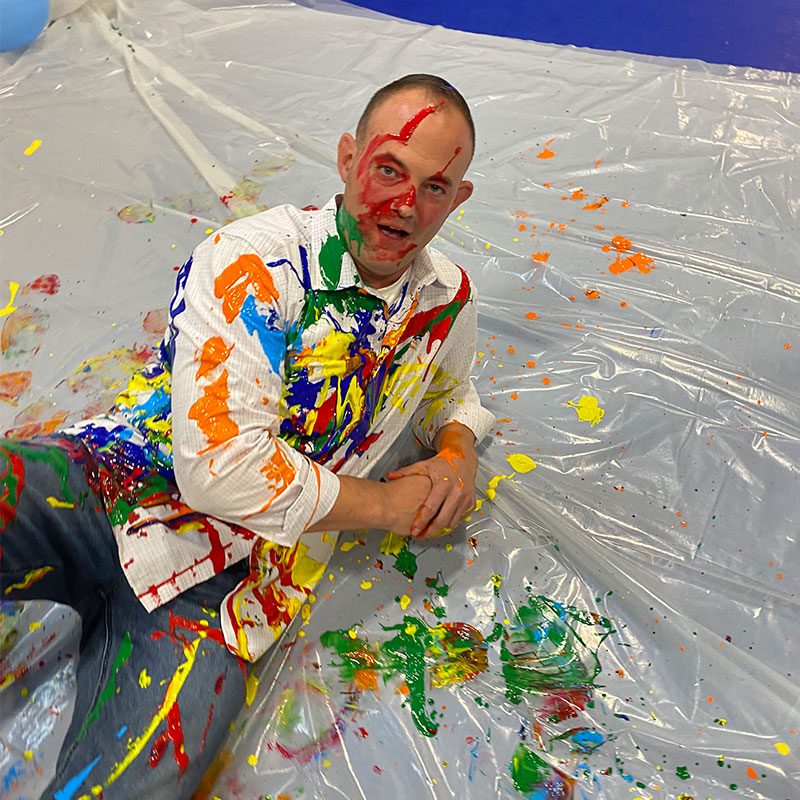 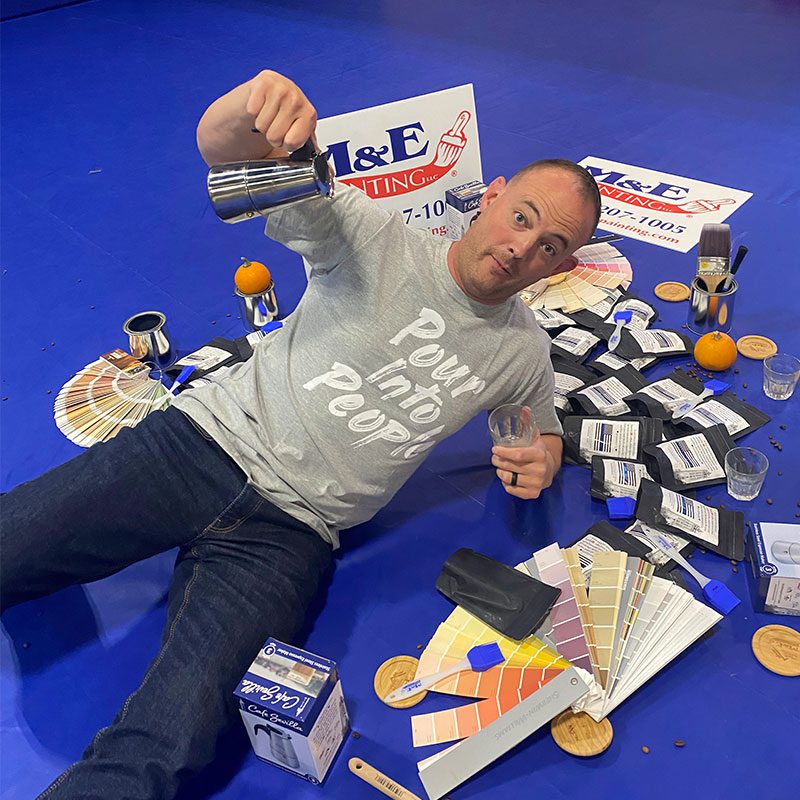 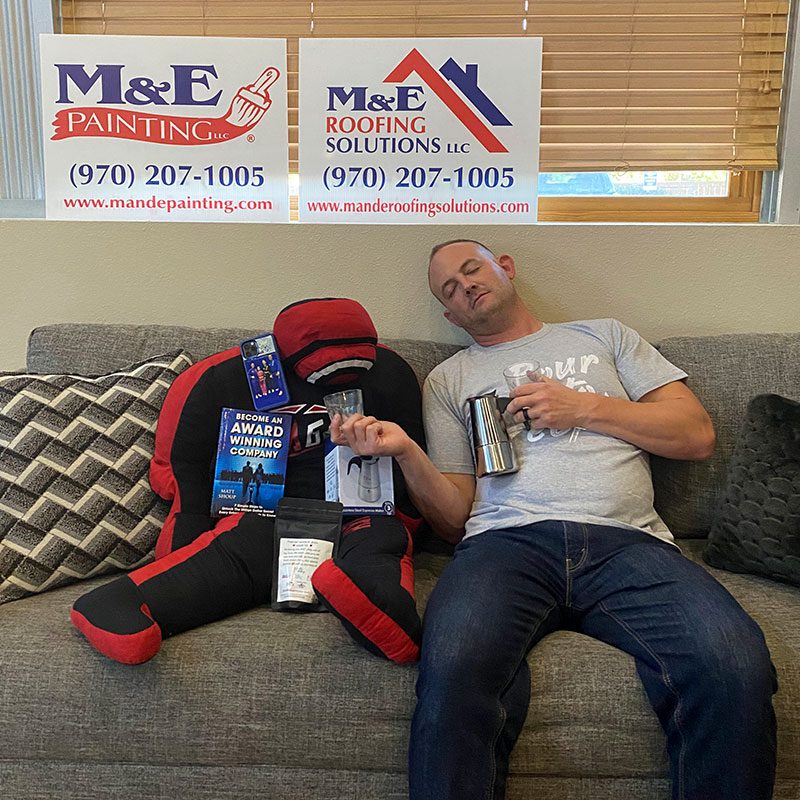 Watch these videos below that share more of the details of
Matt's entrepreneurial and leadership journey.

In 2002, while attending Colorado State University, Matt decided to study abroad in Spain; Alcalá de Henares, to be exact. Matt fell in love with everything about Spain and returns frequently to continue to enjoy the culture, history, food, time with his friends, and of course, the coffee. One of Matt's passions and dreams has been to share Spanish culture with as many people as possible. Two of the ways he does so is through Café Sevilla, a free Spanish coffee bar located in Loveland, Colorad.  Matt and Emily also founded the Matt and Emily Shoup Spain Study Abroad Scholarship through Colorado State University.  To date, they have sent 16 students to study abroad in Spain.

Immediately after returning from his study abroad trip to Spain in the Summer of 2002, Matt met Emily Earll.  It was a weekly Thursday night salsa dancing night in the basement of a Fort Collins bar named Suite 152 (now The Rec Room).  Emily asked Matt to be her fake boyfriend for the night, and Matt replied, "I will be your real boyfriend forever!" Matt fell in love immediately, but it took Emily a bit longer. They got engaged New Year's Day, 2004, and married that August. Their son, Riley, was born in 2007, and their daughter, Hailey, in 2010. Matt, Emily, Riley, Hailey and their giant schnoodle, Romeo, live in Loveland, Colorado. 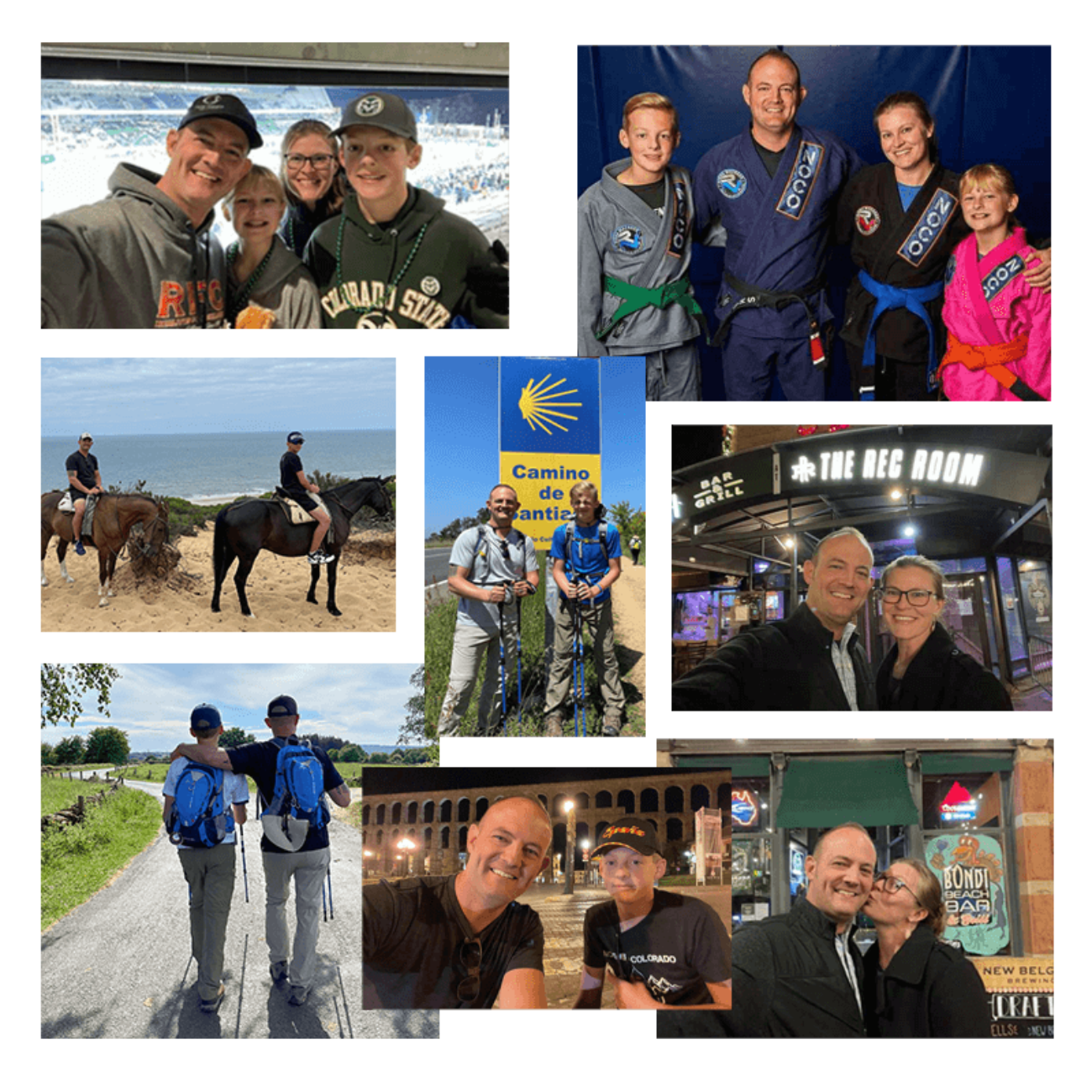 Matt was introduced to Brazilian jiu jitsu (known as the gentle art) in 2007, when a young man, who was half Matt's age and size, repeatedly rolled him up into a pretzel and made him say "uncle" (or what jiu jitsu practitioners refer to as tapping out).  Matt was instantly hooked and began his training journey.  He received his Brazilian jiu jitsu black belt from Master Rigan Machado in August of 2020.  Matt has competed in both the United States and Spain, and, after a 6 year interruption due to back surgery, plans to compete again in the near future! Matt co-owns and runs Northern Colorado Jiu Jitsu, where he leads the youth jiu jitsu program, as well as teaching the defensive tactics and arrest control program for law enforcement. 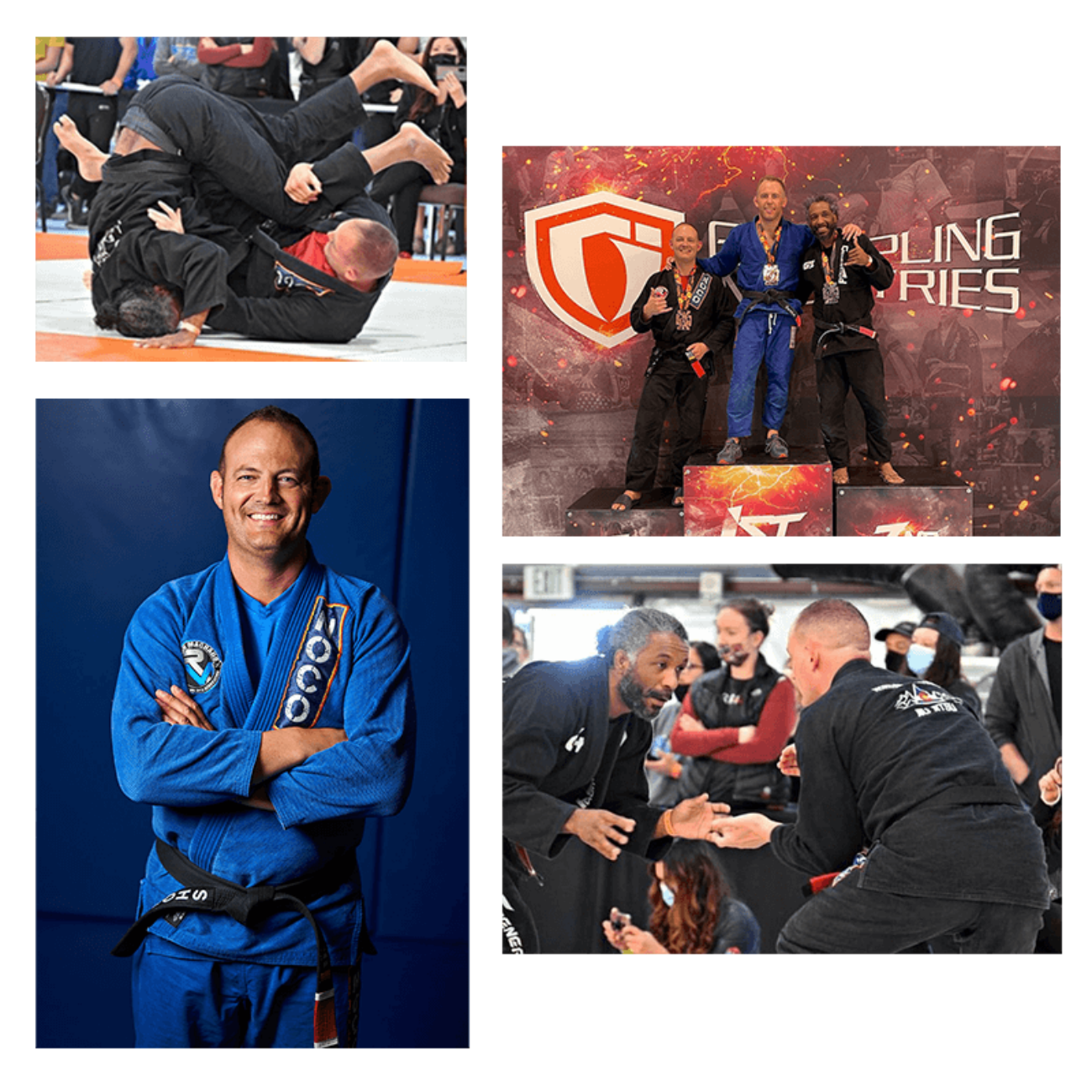 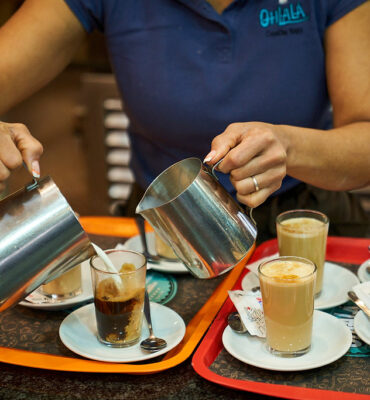 Why Entrepreneurs Must Fail 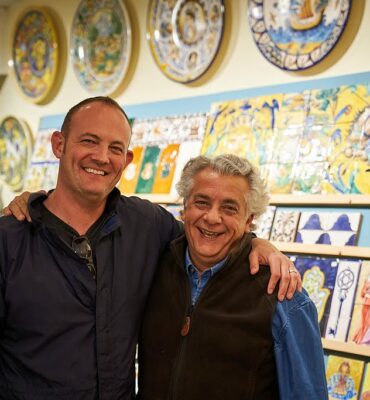 When Business Turns Into Friendship 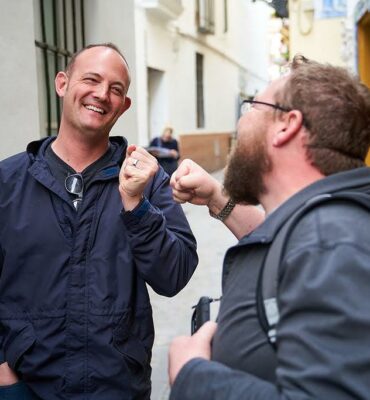 How to Turn Your Passion Into Profit