Impact: How do you measure the immeasurable?

Over the past two weeks I have been writing about and sharing my thoughts as well as my personal journey towards being impactful. For me, having a “so what” moment as it related to being successful really opened my eyes and allowed me to ask: “What am I leaving behind? Whose lives am I touching? What stories will be shared about me? Was I serving others or myself?” Focusing on being impactful has taught me many lessons and showed me the challenges that I shared with you last week.

As entrepreneurs, small business owners and leaders, we are given a great responsibility as well as a platform to influence others. What we do with this platform is what matters. One of the struggles that many entrepreneurs face is, “How the heck do you measure impact? How do you measure something that is not measurable by the standards and metrics businesses use?”

You can’t: It is 100% impossible to measure the impact and way that you, your leadership, your company and its actions touch people at the heart level.

Success is easy to measure. You set a goal to hit a specific sales, revenue, or profit number. You produce X number of widgets or land Y number of new accounts. In the process of doing those things, the actions, words, deeds and how you inspire the people around you is what is remembered long after the success fades. I always love sharing the following story as it shows how I was able to witness impact at a phenomenal level. Although immeasurable, it has stayed with me since the very first day I witnessed it.

I attended a study abroad exchange program through Colorado State University and lived in Alcala de Henares, Spain in 2002. My daily strolls down the Calle Mayor (the city’s main street) had me passing local shops, cafes and restaurants. I could smell the fresh baked pastries and hear the steam from the café con leches being made. My ears were on sensory overload as I took in all of the Castillian Spanish and its distinct accent as I passed by the hundreds of people chatting every day.

Another thing that I noticed was the number of homeless people living or sitting on the Calle Mayor. They had outstretched hands, cups, signs and stories begging for anyone’s attention. Some just sat and waited for money to be dropped into a cup and some were more vocal about their survival needs.

One of the men I could not get out of my mind was a man with no legs who was on the Calle Mayor everyday. He usually hung out on the corner of the Calle Mayor and the Plaza Cervantes (the city’s central plaza). When he wanted to move locations he would push himself up on his cracked and bloody fists to swing himself up and down the street. No matter what, one thing stayed the same: this man was always alone.

One day I was sitting at a café across the street from this man, except on this day he was not sitting alone, he was sitting next to a woman and her crying baby. This woman was also homeless and I had seen her sitting on the Calle Mayor asking people for money. For some reason, this day, her cup was empty. For some reason, this day, you could see the desperation, sadness, loneliness and uncertainty in her eyes more than usual. For some reason, this day, she was not just asking for money. She was crying, almost wailing, to the point to where she was calling a lot of attention to herself. As she continued to do so, people passed by, almost not noticing her. This man with no legs approached the woman and her baby and sat next to them. He had a small handful of coins in his cup, and he reached over and poured his cup into hers.

My breath was taken away; I was shocked and I was speechless. The Calle Mayor was typically a competitive stomping ground for the homeless and destitute to go out and look out for themselves and only themselves. These people, each with their own story, struggled to live and eat everyday. They played for keeps in their soliciting for funds. They were doing nothing more than trying to live and survive. Success for them was having a full cup to get through to the next day. This man, also looking to survive and find his next meal, 100% made an impact on this woman and her baby that day.

As I finished my café con leche, got up from my chair and headed to my next class, I could not get that story out of my heart. It still touches me to this day and I love to share it as it relates to impact.

One question I always ask myself, and I encourage entrepreneurs to ask is: “Whose cup can I fill today?” 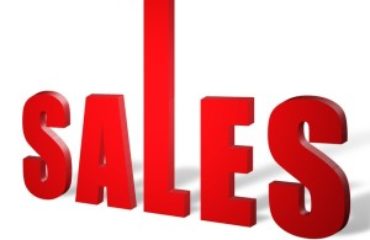 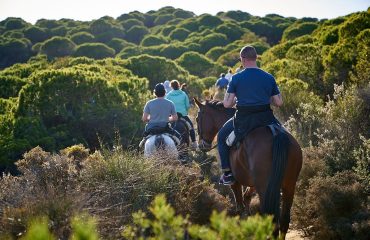 How to Lead Others with Appreciation and Recognition

Business is a Two Way Street